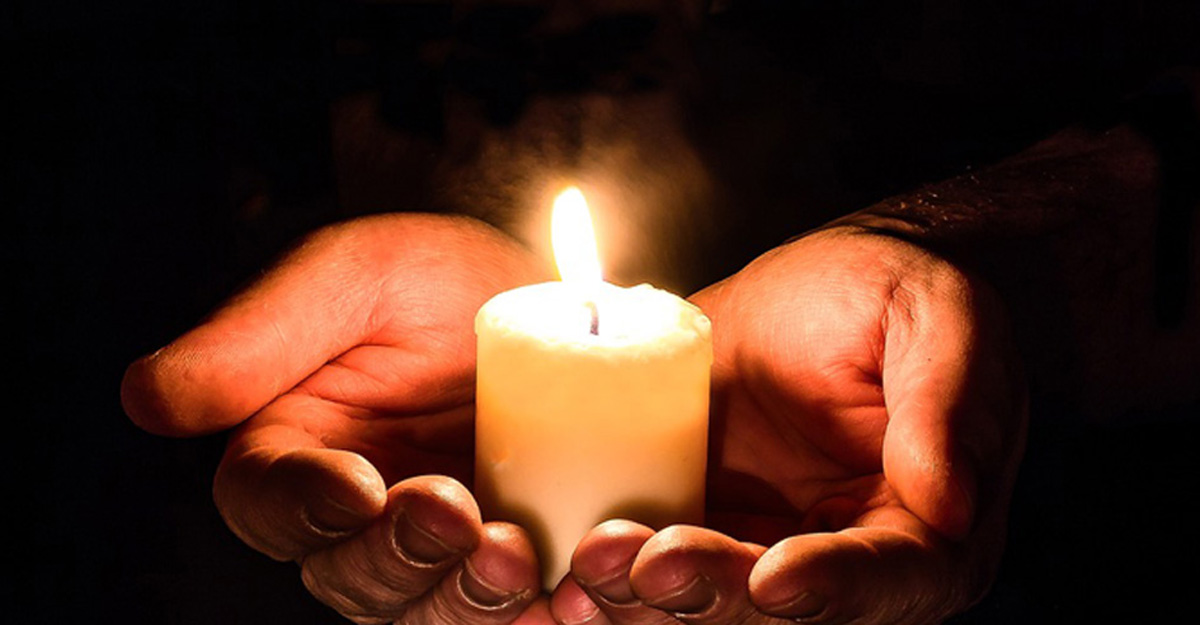 What if there was one substance that could possibly increase your overall energy and endurance, strengthen your joints, increase sexual virility, help you adopt to stressful situations, build your blood, slow the aging process, boost your immune system, improve your memory and so much more? What do you think? No, its not a new miracle drug, but a several-thousand-year old tonic, Velvet Antler.

While it may sound new to you, records of its use go back to the time of Christ. The first known description of Velvet Antler as a medicine is in the Shen Nong Ben Cao Jing (the Divine Husbandman’s Classic of the Materia Medica), said to have been originally authored around 100 B.C. by the founder of Chinese herbal medicine, Shen Nong.

Within Traditional Chinese Medicine (TCM) it is considered a superior yang tonic that nourishes the kidneys. In TCM the kidneys are the source of the fundamental energy in the body, the chi, and regulate growth, reproduction and circulation. Yang refers to half of the yin/yang equation that predominates in TCM. Yin and Yang are believed to reflect the two sides of the universe, yin being the feminine, receptive quality and yang the masculine, expansive aspect.

A useful analogy is that of a fire, the yin component is the wood that fuels the fire, the yang the flames. Without the two being in balance, the fire will burn itself out, so TCM focuses on maintaining the balance between the two to maximize one’s health. Velvet Antler, like the better-known Ginseng, helps kindle the yang fire of the kidneys.

Just what is velvet antler and is there any validity to these amazing claims?

What is Velvet Antler?

Velvet Antler is the fast -growing, soft carrilaginous tissue that develops out of the frontal bone of the Cervus species (which includes elk, deer, caribou, wapiti and reindeer) that rises from skin covered pedicles before it calicifies and hardens. Antlers are unique in nature and different from horns because they are naturally re-grown and cut off each year.

Except for reindeer and caribou, only the male of the species grows antlers. Most of the supply of antler comes from farm-raised deer and elk where it is collected yearly. It is harvested in this velvet stage because it is in this stage that it contains the greatest amount of nutrients and is traditionally considered the most potent.

Major producers are China, Korea, Russia, Mongolia and more recently New Zealand, Canada and the U.S. with Korea being by far the largest user and importer of Velvet. In fact, in Korea it is a billion dollar annual business. It is estimated that 20 percent of all Koreans use it, often beginning as children, in the belief that it will aid growth and development. New Zealand and North American sources are much preferred because of the regulations and oversight into the care of the animals, processing and harvesting of the Velvet.

Great care is taken for the animals welfare, focusing on not just the physical health but mental well-being as well, including efforts to minimize stress levels. A certified farmer performs the removal of the Velvet under specific regulations or a veterinarian does it after a local anesthetic is applied.

Traditional Use of Velvet Antler

In China doctors were paid if their patients remained healthy rather than for treating disease. To this end they employed a highly treasured group of medicines, known as superior tonics, to nourish life and for preventative purposes. Velvet Antler (VA), known as Lu-Rong in China, has long been prized as one of the leading life enhancing superior tonics.

In TCM it was and is used to nourish the blood and chi, more specifically for blood loss, recovery from illness, strengthening the sinews and bones, increasing endurance, improving lung function, weakness (particularly in the knees and lower back), male impotence and female infertility and loss of sex drive. For children it is used for a Failure to Thrive, that is, physical and/or mental development disorders.

How do these claims hold up to current scientific investigation?

VA is an excellent, renewable source of chondronitin sulfate (CSA), glucosamine sulfate, type II collegen and prostaglandins. Research has repeatedly demonstrated their benefits for joint maintenance and specifically arthritis. They have exhibited the ability to restore the integrity to the joints, prevent and repair damage to and breakdown of cartilage and collagenous tissues, reduce inflammation and pain and protect and maintain the synovial membranes and fluids.

Unlike the isolated combination of glucosamine and CSA, which had gained trememdous popularity of late for treatment of osteoarthritis, VA’s mix and shape of these elements make it useful for both osteo and rheumatoid Arthritis. One study showed type II collagen to significantly reduce pain and swelling 80 percent of participants with juvenile rheumatoid arthritis.

A recent study from China demonstrated accelerated bone fracture healing by stimulating chondrocytes (cartilage producing cells) and osteoblasts (bone synthesizing cells). Other studies show these and other components have a variety of healing contributions.

Polymeric-N-acetyl-glucosamine accelerates wound healing by as much as 42 percent by stimulating epidermal growth factor (EGF)*. In a double-blind study, Pantrocrine, a specific extract of VA, significantly aided recovery from cervical injuries while use in animal studies enabled quick recovery from whiplash-like injuries. In addition, Dr. James Suttie, a New Zealand researcher, discovered neutrotrophin 3, a powerful nerve growth factor, in VA.

A variety of cardiovascular benefits have been confirmed, including CSA is reversing arteriosclerosis and dramatically improving circulation. Dr. Lester Morrison reports that for some, CSA may reduce incidence of fatal heart attacks and strokes by over 400 percent. Increasing the formation and oxygen carrying capacity of red blood cells, strengthening the pulse, reducing blood clotting, and lowering of cholesterol have all been evidenced by research on VA.

One inquiry showed a 400 to 700 percent increase in work potential. A variety of immune measures and activities including anti-viral action, reduced tumor cell growth, increased survival rates with rumors and greater phagocytic activity, have all been confirmed along with improved efficacy and reducitons inside-effects of some anti-cancer drugs and radiation therapies. It’s pedigree as a longevity aid has been and continues to be affirmed in research.

Two of the leading prescription anti-aging pharmaceuticals are growth hormone and testosterone, both of which VA is known to increase naturally. Further work evidences reductions in cell degradation, stress responses and adrenal hypertrophy, ameliorating thyroid and gonad shrinkage, DNA protection and RVA increases and improvements in liver function, memory and learning. VA also inhibits MAO-B, an enzyme which increases with age and that is correlated with hardening of the arteries senility, arthritis and depression.

Other potential VA applications supported by research are treatment of GI ulcers, gout, psoriasis and eczema and use in speeding post-op recovery liver injury and stress, and kidney and liver inflammation. Additionally, the author has employed VA’s gifts with food allergies and sensitivities, anorexia and multiple sclerosis.

How Do You Use Velvet Antler and Is It Safe?

Velvet antler products come in many forms: liquid extracts, powders, freeze-dried, even as an injectable in Japan. While traditionally it was usually prepared as a soup or tea, research indicates that some of the essential components are heat sensitive, therefore, a cold processed product is preferred. For the nutritional and joint-related benefits, the freeze-dried is suggested; for most other applications, especially the stimulating and hormonally related actions, liquid extracts are favored.

Where the deer are raised is another important factor in selecting the best product to use. Unless you have reliable information regarding the supply, the New Zealand and North American grown velvet is strongly recommended because not only do they have the best and strictest controls on the harvesting and manufacturing but Asian sources have been known to exclude the tips of the antler.

The tips in Asia are considered the most potent element and hence the most expensive, so they may be sold separately. To maximize the nutritional content, as well as to avoid undue stress on the animals, New Zealand and North American sources follow processing guidelines covering how the animals are to be tended, when (approximately 60 days) and how the antler should be harvested, along with quality control measures covering the manufacture of products.

Dosing of VA is of course dependent upon who is using it, the quality of the product and for what purpose. Generally, take the equivalent of 2-3 grams a day divided into two or three doses. Allow several months of use for the benefits to begin to be fully realized. In addition, remember always to start with a smaller dose and gradually increase it, the energy may be too much for the system to handle if beginning with a large dose and it may cause mild stomach upset.

VA is considered a very safe substance. It is contraindicated in TCM when experiencing yin heat generally a moist condition with heat. Examples of this may include diarrhea and congenital heart disease. The author also suggests it not to be used without proper supervision with hormonally related cancers, i.e. some forms of breast and prostate cancers. While it has been used traditionally in Asia during pregnancy, expectant mothers should avoid its use and always check with their healthcare providers before taking any other natural supplements or herbs.

While the studies and future investigation are welcomed, it appears the ancients had it right all along, velvet antler is an amazing aid for enhancing and maximizing health, longevity and vitality. Velvet’s use for joint support, anti-inflammation, building kidney chi (energy, endurance and strength), nourishing the blood (enhancing oxygen uptake and numbers of red blood cells), sharpening the mind, strengthening the cardiovascular system, increasing sexual vitality and health and balancing the endocrine system may make it the new old remedy for the new millennium.

Velvet Antler has been a highly prized ingredient in traditional Chinese and Korean medicine for over 2000 years. Elk Antlers are grown each spring. They are among the fastest growing soft tissue in any mammal, growing as much as an inch a day. The tissue contains the essential building blocks for a wide variety of cells, nerves, blood, cartilage, bone and tissue. Velvet is believed to work by stimulating our own immune systems and internal growth mechanisms, allowing the body to heal itself.

Velvet Antler is not a drug, and is entirely natural. Elk are not killed in order to harvest their antlers, which regrow the following spring. Also available in a Pet Formula with amazing results.

We use cookies to ensure that we give you the best experience on our website. If you continue to use this site we will assume that you are happy with it.OkNoPrivacy policy