Mushrooms, the Feminine Side 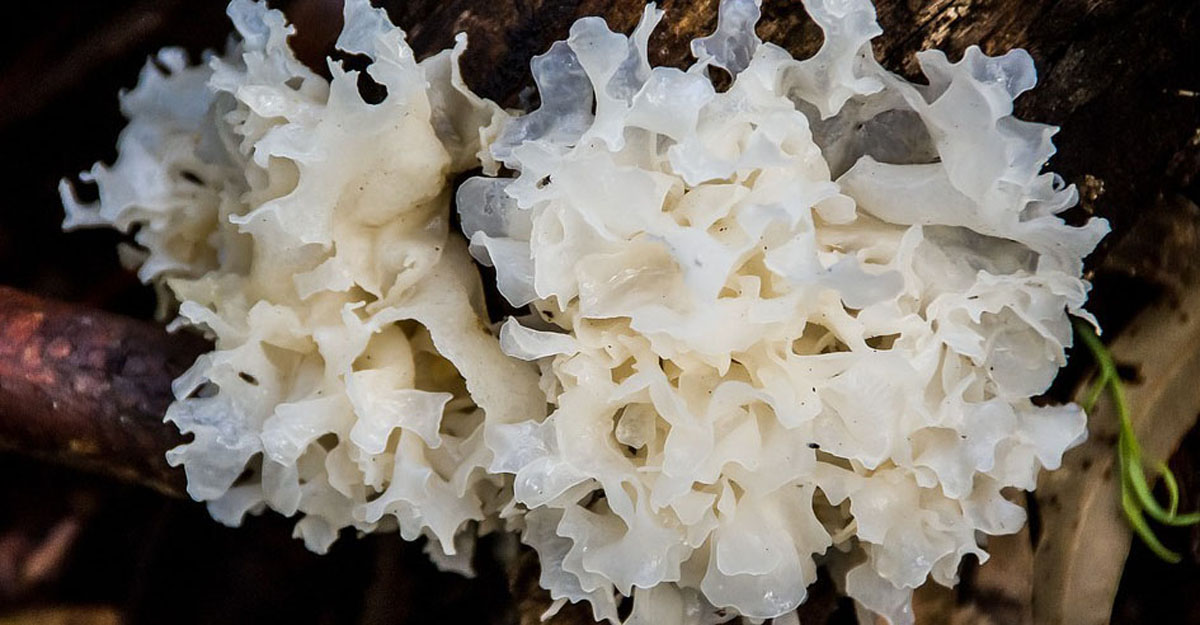 Mushrooms, the Feminine Side

Over the last few years mushrooms have been gaining a wider acceptance in the West for their “medicinal” or health supporting benefits. This is not without a touch of irony considering that mushrooms have been so widely utilized and highly prized in Asia for many centuries. With their roots, or should I say mycelia, firmly entwined in Traditional Chinese Medicine (TCM), it is not surprising that Cordyceps, Reishi, and the other commonly used mushrooms in Asia, are also the more extensively used and familiar in the West as well. Since there has already been a good deal written on these better-known mushrooms we are going to explore another side, the “feminine side” of mushrooms, namely Tremella and Phellinus.

Tremella fuciformis aptly named and also known as ‘white jelly leaf’ is a traditional Yin tonic in TCM, and while not well known in the West there are over 100 published scientific papers on the use of this mushroom. Primarily used to treat Yin deficiency and unruly fire, Tremella is said to have an affinity for the skin, lungs, stomach, and kidneys. As a Yin tonic it is an excellent remedy to consider whenever you need to bring moisture back to the body; examples of this include dry cough, dry skin, vaginally dryness and even dry eyes. (It makes a wonderful remedy for contact wearers who always have to put drops in their eyes.)

You can see Tremella’s feminine side expressed in a number of ways; Yin energy is associated with the feminine, while research suggests possible benefits for its use with cervical and uterine cancers when used in conjunction with radiation treatment, as well as its traditional application as a beauty aid, more on this in a moment.

Getting back to its use with cancer and radiation treatment, Tremella brings a protective and restoring action to bear on healthy cells as the body undergoes this arduous treatment. Red blood cells and bone marrow cells can be damaged by radiation treatment; Tremella provides protection to these cells while also increasing production of red blood cells thereby helping the body to reestablish a healthy state.

As it is with virtually all the medicinal mushrooms currently in use in the West, Tremella also offers significant immune support. In a comparison study of mushrooms for their antitumor activity, Tremella came in a close second at an 81% tumor inhibition rate to Maitake’s 86.3% inhibition rate.

Mushrooms’ benefits are not limited to immune related activities and the same is true for Tremella; powdered dried Tremella was shown to significantly lower total cholesterol and LDL in a rat study. So if you’re looking for a Tremella product that maximizes the full range of health supporting benefits look for one that contains a hot-water extract combined with powdered fruiting body.

While traditionally used as a beauty aid, there is supporting evidence confirming its use in this regard. Tremella has demonstrated the ability to hydrate the skin better and longer than hyaluronic acid and it has also been shown to increase the production of antioxidants by skin cells. There is a traditional story told that, I think, best captures Tremella’s use to enhance beauty. As the story goes there once was a woman in ancient China called Yang Guifei, who is reputed to be one of the foremost beautiful women in Chinese history. It is said that when she walked through the garden flowers would bow before her beauty.  And her beauty secret; Tremella.

(Note: you can find Tremella in a supplement form for beauty from the inside out as well as in face creams)

What’s in a Name?

The common name for Phellinus linteus in Japan is Meshimakobu, this translates as “knot on Women’s Island” because this mushroom grows on the side of trees on a Japanese island known as Women’s Island.  What is interesting about this is that this mushroom has demonstrated a number of actions specific to breast health and cancer.

While also not widely known in the West, the research suggests that it is one of the most powerful immune supporting mushrooms and remedies.  Two comparative studies examining anti-cancer actions of over 200 mushrooms found that Meshima was the most effective for its growth inhibiting and immune activating properties.

Actions directly related to research on Meshima’s potential for use with breast cancer include: inhibition of growth, colony formation, invasive behavior, angiogenesis, cell adhesion and DNA binding of NF-κB; DNA protection, and improving the effects of several anti-cancer drugs while decreasing the negative side effects.

The sky’s the limit for the health promoting potential for our mushroom allies.  While we have tended to lump all medicinal mushrooms into a single category, namely immune activating, there really is so much more to them as well as a number of mushrooms we have only begun to fully explore.  With growing public acceptance, mounting research supporting traditional and new applications, and a massive need for their healing gifts, mushrooms may have finally come of age in the West.

Mark J. Kaylor has been exploring holistic health and healing for over four decades. He is the founder and director of the not-for-profit Radiant Health Project. Mark welcomes you comments and questions and can be contacted at his website: www.RadiantHealthProject.com or on facebook at www.facebook.com/RadiantHealthProject